Before the second week of Preseason Football begins, I want to take one last look at some of last years contributors who are no longer on the team. As these guys make roles for themselves, I think it is important to have one last memory of them as Oakland Raiders. I know I tend to route for former Raiders regardless of their current teams, because remember once a Raider always a Raider. 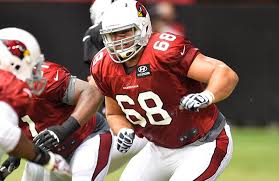